Sleep, the doom-metal act behind cult classics like 2003’s Dopesmoker, is releasing a 4-LP live album through Third Man Records’ quarterly vault subscription series. The band recorded Sleep Live at Third Man Records at the label’s Nashville headquarters in December, months after their surprise return after a 15-year break with The Sciences, recently ranked as one of Rolling Stone‘s 50 Best Albums of 2018.

The quadruple album, which is pressed on four vinyl discs colored blue, green, orange and purple, includes songs from throughout Sleep’s career. The package also includes a reproduction show poster and a “mystery mission patch”; it’s available to fans who sign up for the Third Man vault series by January 31st. This is the 39th entry in the series, which has previously offered exclusive vinyl pressings of studio and live recordings by label founder Jack White and his many projects (the White Stripes, the Raconteurs, the Dead Weather), as well as records by Pearl Jam, Captain Beefheart and more.

Singer and bassist Al Cisneros told Rolling Stone last year that inspirations for Sleep’s comeback included Black Sabbath and “probably a lot of weed. Weed and science fiction, kind of like always. We don’t take it too seriously. It doesn’t have to be all furrowed-brow, arms-crossed, tough-guy shit, you know?”

Side One:
“Leagues Beneath”

Side Two:
“Dopesmoker (Part One)”

Side Four:
“The Clarity”
“Aquarian”

Side Seven:
“The Botanist”
“Dragonaut” 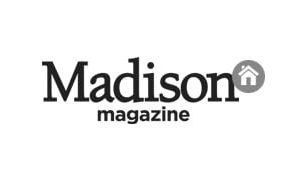 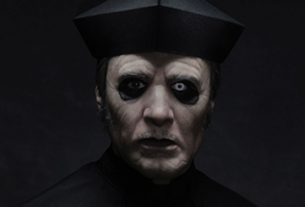 We asked Ghost’s Tobias Forge if metal will rule the planet again. This is what he said – Louder 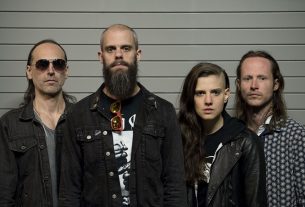 10 Most Anticipated Metal Albums of 2019 – Consequence of Sound