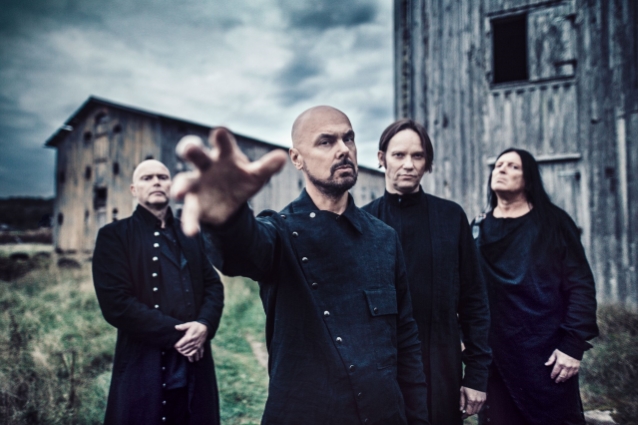 Reactivated Norwegian progressive metallers CONCEPTION, who feature in their ranks former KAMELOT singer Roy Khan, will play their first live shows in well over a decade on April 26 and April 27 in their hometown of Gjøvik. The band has made a variety of experiences available for those interested in attending the gigs or coming to meet the members at soundcheck or the after-party.

Since these will be the only club gigs this season, and this is a small club, tickets are expected to sell out quickly.

Comments bassist Ingar Amlien: “I think it’s fantastic to start our live season in Gjøvik since this still is my hometown, and in this small club setting, the atmosphere will be magic!”

CONCEPTION will play songs from its new EP, “My Dark Symphony”, as well as its classic albums. Released last November, the EP features six tracks, including two from the previously released three-song single called “Re:Conception”.

Since releasing the album “Flow” in 1997, the CONCEPTION members — Roy Khan, Tore Østby, Ingar Amlien and Arve Heimdal — have been working on separate projects, but fans never gave up hope of seeing them together as a band again. There have been rumors and speculations for some time about a possible reunion, and earlier last year, they confirmed that they had quietly been working for some time on this new material.

After his departure from KAMELOT seven years ago, Khan (full name: Roy Sætre Khantatat), who is a devout Christian, joined a church in the coastal town of Moss, Norway. As an employee of Moss Frikirke, Khan worked with the youth, mainly with the choir and the skaters of the village. Roy stopped working at the church in September 2016, but is reportedly still living and working in Moss.

Asked by Italy’s “Heavy Demons” radio show if his spirituality will have an effect on CONCEPTION‘s lyrics, Roy said: “CONCEPTION is never going to be a religious band by any standards and there are some lyrics that I would think now that I would think differently about, but that doesn’t mean we can’t play the songs or anything. I look upon myself as an artist and let’s say you act in a theater play and ‘Faust’, for example, somebody has the play the part of Mephistopheles. It doesn’t mean that person is evil or bad in any sense. I think it’s important to be able to portray the tragic and darkest side of life without being suspected of being a bad person yourself. That being said, there will, of course, be some songs that will touch in on the themes. Anything else would be awkward. It’s not going to be a religious album, obviously.”

After releasing their 1991 “The Last Sunset” debut on its own CSF Records (“Conception Self-Financed Records”), CONCEPTION was signed by Germany’s Noise Records when label head Karl-Ulrich Walterbach was given a demo tape of the band. Walterbach, who by then had largely soured on melodic and power metal, was impressed by CONCEPTION‘s progressive angle and thought-provoking lyrics and saw them as an alternative to the more fantasy-driven melodic metal bands on the label.

The band’s 1993 “Parallel Minds” and 1995 “In Your Multitude” full-lengths were well-received by fans and critics alike, earning CONCEPTION opening slots with the likes of GAMMA RAY and SKYCLAD. CONCEPTION‘s last studio album, 1997’s “Flow” was more experimental in nature, prompting them to fall out of favor with Noise, leading to the dissolution of the band in 1998. Shortly thereafter, Khan was contacted by KAMELOT leader Thomas Youngblood, who invited the Norwegian vocalist to join the band.

Khan announced his exit from KAMELOT in April 2011 after taking several months off to recover from a “burnout.” He explained in a statement at the time: “I told the guys in the band already last fall (well after my burnout) that I was leaving the band. Naturally enough, they were shocked (as was the label and everyone else working with KAMELOT). In addition to risk of dropping ticket sales, they wanted to give me time to think things over, and so I did. My decision still stands; it is finished.”

GEOFF TATE Doesn’t Know If SCOTT ROCKENFIELD Will Ever Play Drums Again: ‘He Has A Lot Of Medical Problems Now’ – BLABBERMOUTH.NET 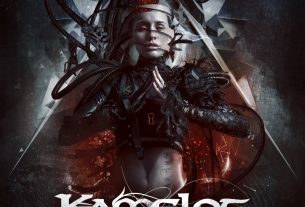